Canada must help ease the chaos in Afghanistan

Joe Biden rivals his predecessor, Donald Trump, in the peddling of lies and false promises 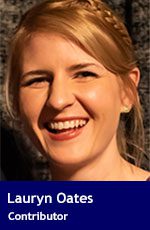 During the final week of Canada’s modest evacuation flight effort, Canadian visa holders outside Kabul International Airport took their chances to fight through the crowds and make it to one of the ever-changing gates that occasionally would open and admit tiny fractions of the throngs of people desperately trying to get on an evacuation flight.

Unlike most of the crowd, these were Afghan nationals with their paperwork, and they had been instructed by the Canadian government to come to the airport for a flight.

To get to a gate, they had to cross multiple Taliban checkpoints, where they risked being violently beaten, whipped with metal rods or robbed. Throughout this week, there were reports of Hazaras singled out for such treatment, children, pregnant women – no one was beneath the trigger-happy Taliban at the checkpoints.

Then there were the thieves and, for women, the gropers. There was the heat, the lack of access to food and water. When crowds swarmed, people would pass out from the lack of oxygen. Still, they tried to reach a gate.

But for the last three days of Canada’s evacuation flights, the policy applied by international forces at the airport gates – including by Canadian Forces – was to admit only foreigners or those with residence in foreign countries.

“American citizens only!” or “Canadian passport holders only!” is what visa holders were unceremoniously told. These were people with all the required documentation – no easy feat to achieve – who had again and again experienced trauma and exhaustion, even risking their lives to battle their way to the gate, only to have the soldiers’ backs turned to them, literally.

It seemed as if the international community, under U.S. leadership, had found yet another way to instil false hope in Afghans, a sequel to an already unrivalled betrayal.

Then, on the final day of Canada’s evacuation, at 6:15 p.m., blasts went off outside the Abbey Gate. At the time of writing, the death count is over 170. An Afghan interpreter who served U.S. forces and was outside, trying to enter for an evacuation flight, described picking up a five-year-old girl, who died in his arms.

I think of that girl and the life she was chasing, being outside the airport in that dangerous crowd. She would have known that if there was any chance of getting a decent education, of moving about freely in the place she lived, of choosing who she wants to marry, being allowed to vote, or of living where her gender doesn’t condemn her to a life of servitude, stripped of rights and humanity, that she needed to get out. She didn’t deserve to die for wanting these things, things we hardly even think about wanting because we take them so completely for granted.

The Taliban have said the hundreds of thousands of people desperately trying to flee Afghanistan are fleeing “poverty” rather than Taliban rule. But every day for two weeks, emails have poured into my inbox from women and teenage girls begging for help to get out of Afghanistan. It’s not poverty they’re afraid of. They’re afraid of the Taliban. They know to be because the Taliban ruled once before.

Afghanistan has fallen to the Taliban. Do you care? by Yule Schmidt

And if Afghans needed any more evidence that the United States had lied to them, there was the cruel irony that the blast at the airport was carried out by the Islamic State. President Joe Biden and his administration have repeatedly stated that the terrorist threat in Afghanistan was no longer, and they had achieved their objective in rooting out al-Qaida. It has been painfully demonstrated that terrorism is alive and well in Afghanistan and that the Taliban have no ability to contain the terror attacks by other groups that they themselves routinely inflicted on Afghans for the past two decades.

It’s yet another example of how Biden rivals his predecessor, Donald Trump, in the peddling of lies and false promises when it comes to Afghanistan. On June 8, Biden stated, “We will withdraw responsibly, deliberately, and safely, in full co-ordination with our allies and partners.”

As the world has witnessed, the events of the past two weeks in Afghanistan make it clear this is not how the withdrawal occurred.

As a result, the international community now faces a humanitarian and human rights crisis. Millions are at risk of hunger and falling into debilitating poverty. As Afghanistan’s banking system faces collapse, the Taliban cannot access capital and are unlikely to effectively manage the economy, especially in the face of a drought.

Then there’s the fear of reprisal killings, mass arrests, torture and more facing the many people who embraced the freedoms they could under the previous government and are now vulnerable as a result. It’s imperative that Canada respond to this situation better than it managed its evacuation program.

Our government must move quickly to organize an alternate means of evacuating Afghans who have visas for Canada, to support their safe passage out of Afghanistan, and to work with the United Nations High Commission for Refugees to establish a humanitarian corridor. They must also have observers present at exit points – land borders and airports – to ensure that Afghans trying to leave and find safety aren’t obstructed from doing so by the Taliban, the military or police in neighbouring countries.

This won’t erase the bitter experience of those left behind in an evacuation from Kabul that started too late and ended too early. But it would demonstrate that our government has learned from this failure and is committed to recalibrating its response to this crisis and resurrecting the idea that Canada can indeed be an effective and efficient actor in the face of an emergency where lives are at stake.

Dr. Lauryn Oates is executive director of Canadian Women for Women in Afghanistan.